About the Program
Join us on September 28 as Ronald Lavater, MPA, FACHE, Chief Executive Officer of the International Hospital Federation in
Geneva, Switzerland, discusses “Leadership in International Healthcare.”

So you want to work internationally? How do you think through this idea? What can you do to make it happen? Ronald Lavater will answer these questions and more in this Leadership Series program.

In this session, Lavater will:

About the Leadership Series
The Leadership Series was created to bring to GAHE members and guests the top national leaders in the field of healthcare to give us their insights into their careers, their organizations, and the decisions they made to get them to where they are today.

You’ll learn straight from the source how these top executives run their organizations and manage their success.

The format is one hour with 50 minutes of lecture and 10 minutes of Q&A. We are expecting to offer at least one session a month, and the schedule will depend on speaker availability. Our series qualifies for one hour of qualified continuing education credit with ACHE. 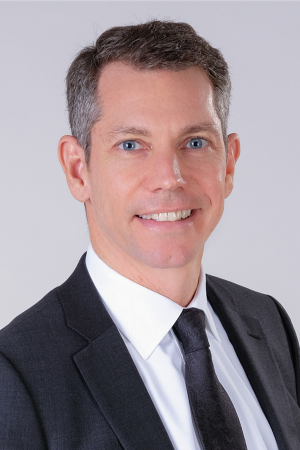 About Our Speaker
Ronald Lavater, MPA, FACHE is a healthcare executive with 25 years of leadership experience in public and investor-owned healthcare companies in the United States and international markets. With extensive knowledge in hospital operations and ambulatory services including retail urgent care, Ronald has a deep and broad-based understanding of the healthcare services sector with a global perspective.

Before joining the IHF, he has served as CEO of WellStreet Urgent Care headquartered in Atlanta, Georgia. From 2014 to 2016, he was the CEO for Al Noor Hospitals Group, Plc. He also worked for six years for Johns Hopkins Medicine International, serving first as CEO of Corniche Hospital in Abu Dhabi for five years and later as a senior executive representing many of the company’s interests in the Middle East.

Ronald began his healthcare career in 1993 as an analyst for senior management of insurance company Blue Cross and Blue Shield. After a few years, he was recruited by Hospital Corporation of America where he held several leadership roles in U.S. hospitals, including CEO and COO. He has also served as a Non-Executive Director for Optegra Eye Health Care.