“Leadership Imperatives in a Post-COVID-19 Environment”

About the Program
Join us on January 6 as Chuck Stokes, FACHE, Founding Partner at Relia Healthcare Advisors and Former President and CEO of Memorial Hermann Health System in Houston, looks at the leadership qualities necessary to survive and thrive during the pandemic and what workforce issues leaders should be anticipating in a post-COVID environment.

Join us on January 6 for our next Leadership Series session with Chuck Stokes, FACHE. And earn 1 hour of ACHE Qualified Education Credit.

Stokes will look at the current state of front-line worker engagement (physicians, nurses, and other staff), what to expect in a post-COVID environment, and how to make improvements in these relationships.

Stokes will also address the issue of burnout due to COVID-19. For example, while some rising operations stars have buckled under the stress of the pandemic, others have risen to the occasion and stepped up. What are the characteristics of these resilient leaders? And what do you need to do as a leader to communicate, encourage, and inspire your workforce during this challenging time?

About the Leadership Series
The Leadership Series was created to bring to GAHE members and guests the top national leaders in the field of healthcare to give us their insights into their careers, their organizations, and the decisions they made to get them to where they are today.

You’ll learn straight from the source how these top executives run their organizations and manage their success.

The format is one hour with 50 minutes of lecture and 10 minutes of Q&A. We are expecting to offer at least one session a month, and the schedule will depend on speaker availability. Our series qualifies for one hour of qualified continuing education credit with ACHE. 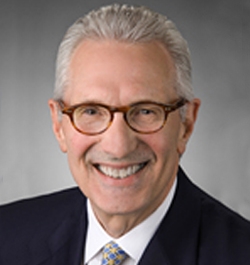 About Our Speaker
Charles (Chuck) D. Stokes, FACHE, is a Founding Partner at Relia Healthcare Advisors and Former President and CEO of Memorial Hermann Health System in Houston.

In his role at Memorial Hermann Health System, Stokes was responsible for leading and overseeing the $5.6B System’s network of more than 17 hospitals and 300 delivery sites, with more than 27,000 employees and 6,400 affiliated physicians in the Greater Houston area. Stokes retired from Memorial Hermann effective December 2019.

Stokes has four decades of leadership experience in healthcare, and throughout his accomplished career has achieved success in service line leadership, employee engagement, leadership development, physician collaboration, and quality and patient safety improvement.

During his tenure with Memorial Hermann, Stokes worked tirelessly to establish a culture of high reliability, innovation, and clinical transformation throughout the organization. Under his visionary leadership, Memorial Hermann attained unprecedented national accolades in patient safety, high-quality care, and operational excellence all while serving as Houston’s “safety net” health system.

Stokes models servant leadership with an emphasis on coaching and team building while using Malcolm Baldrige criteria as a platform for driving operational excellence. His leadership was instrumental in helping Memorial Hermann Sugar Land Hospital secure the 2016 Malcolm Baldrige National Quality Award – the nation’s highest Presidential honor for performance excellence. In 2019, Stokes was named one of Modern Healthcare’s 100 Most Influential People in Healthcare.

As part of his commitment to developing the next generation of healthcare leaders, Stokes has taught numerous leadership development programs for the American College of Healthcare Executives (ACHE), an organization of more than 48,000 healthcare executives working together to improve care delivery and population health. In 2017, Stokes was named Chairman of the ACHE Board of Governors.

GAHE Would Like to Thank Our Sponsor for This Event: